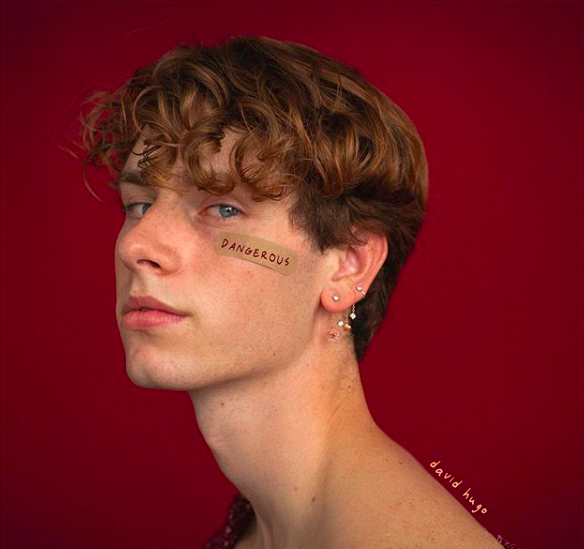 TikTok has quickly become a star-maker for aspiring musicians; getting pillars of the platform like Charli D’Amelio or Addison Rae to post a clip with your song playing can boost a song’s streams into the stratosphere.

David Hugo is hoping to harness some of that power for his own career, and it looks like he may succeed. His latest single, “Dangerous,” has been streamed over 1.2 million times on TikTok.

“Dangerous” is a Shawn Mendes-esque track, complete with a bright acoustic guitar riff and layered vocals. It’s a fair comparison, considering just a few months ago, Hugo was covering Mendes songs on TikTok in an effort to create an audience.

Hugo is determined to make it big; he made a TikTok explaining that he made a deal with his parents. They would support his decision to drop out of college and pursue a career in music, but just for a year. If he doesn’t “make it” by then, then it’s back to school.

“I feel motivated. I have a big to do list and it’s time for me to work,” Hugo said in an interview with Twenty Minutes Later. “I want to make sure the song gets listened to and is heard by as many people as possible. As excited I am for the song to be out, I’m definitely not kicking back and relaxing. I’m trying to do as much as I can to get people to use the song on Tik Tok and work on a bunch of other promo stuff.”

Hugo is a prime example of how up and coming artists are using TikTok to get their music out there, much like people used to use Vine and YouTube to show off their music. TikTok promotion has its own set of rules and rhythms, though: “I’ve posted three Tik Toks to “Dangerous” today and it’s not even 4 PM,” said Hugo.

Not exactly the radio tours of the old days, but in a time when we can’t go anywhere or see anyone, TikTok has made it possible for artists to keep promoting themselves. Let’s hope Trump doesn’t actually figure out a way to ban it.