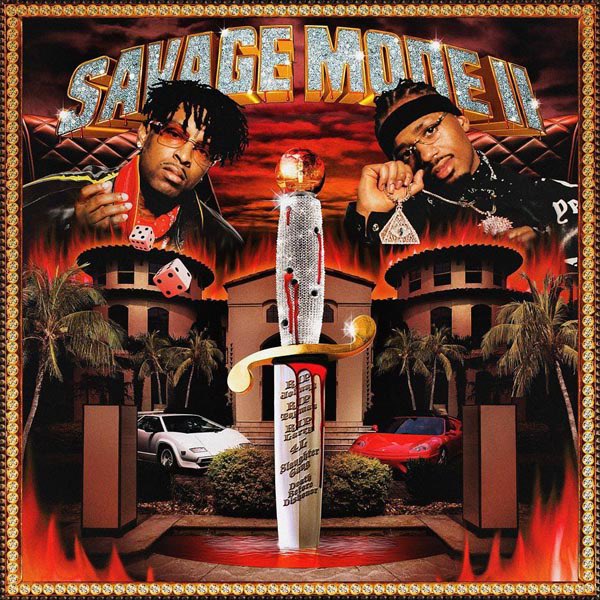 The ATL natives, 21 Savage and producer Metro Boomin released their highly anticipated album, Savage Mode II on Friday Oct 2nd. The announcement of Savage Mode 2, the sequel to their collaboration album from 2016, came with a surprising promo on Instagram that left fans “dying” for the release.

On Sept 28th, the duo dropped their promotion video for Savage Mode II on both their Instagram pages. It came with a special narration from the notable Morgan Freeman. The video portrayed much like a movie trailer, it has a thrilling intro to what Savage mode means, with an eerie-like Halloween setting with visuals of graveyards, crows, and a haunted studio.

“Mode is defined as a way of operating or using a system. So to be in savage mode is to go hard, not allowing anything to stop or deter you from your mission. Basically, this means if someone is in savage mode, they’re not to be f***** with.”

The talk of Savage Mode II came about back in July 2019, when 21 Savage brought out Metro Boomin during a set in Los Angeles where he announced: “Savage Mode II is on the way!” However, in March the album was slated for a delay, which prompted thousands of fans to start a petition for the hope of an early release.

By the end of September, the petition had already gained over 28,000 signatures, that left the rapper with a release date a week later. Many fans sprung to Twitter to express their excitement for the sequel as Savage Mode brought fan faves such as “ No Heart” and “X” back in summer 2016.

Within the following days of the announcement, 21 Savage revealed the album, the cover, and Savage Mode merchandise for pre-order. The cover was inspired by the Pen & Pixel design company, which was notable for creating content for Southern rappers such as Juvenile, Cash Money, and No Limit back in the early ’00s. The creative director, John Cannon, and visual director Gibson Hazard worked closely with Savage to bring his ideas to life.

The 15 track project has already hit the charts and headlines over much speculation within other artists. The track “Mr. Right Now” is currently trending due to Drake’s feature, which details the singer’s relationship with artist SZA who dated back in ’08. Fans also speculated that Savage’s other feature song, “Snitches & Rats” with Young Nudy, throws shots at rapper 6ix9ine who was recently released from prison due to cooperation.

This four year anticipated project, did not disappoint. Metro’s Boomin’s notable beats mixed with 21 Savage’s ruthless, slaughter gang lyrics are a match made in heaven for trap rap fans. This new project comes with a refreshing dark vibe, and welcomes the month of October with a bang. As songs continue to climb the charts, Savage Mode II is projected to surpass unit sales of the first Savage Mode in 2016. The duo is already in the works for music videos for tracks “Runnin” and “My Dawg”, as teased on Instagram.

Stay connected. The tracklist is included below! Listen and Stream Savage Mode II!