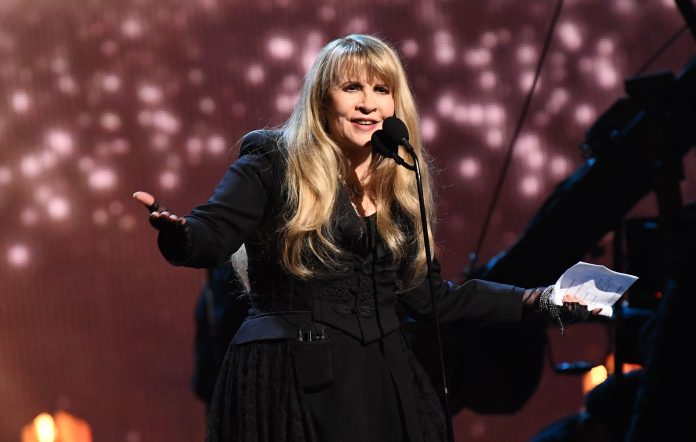 “Show Them The Way” – Single Review

2020 has been a rough time for all of us. Something that’s making it slightly better? All the great music that’s being released by artists who have to do something with all their pent-up creative energy. One of those artists is everyone’s favorite white witch, Stevie Nicks.

“Show Them The Way” is Nicks’ first original song since 2014’s 24 Karat Gold: Songs from the Vault, although she has popped up to add some guest vocals to songs from Lana Del Rey and Sheryl Crow.

This song isn’t a direct response to the events of today, though. Nicks wrote the song (originally a poem) after the 2008 Democratic primaries, when Barack Obama and Hillary Clinton were both campaigning for the party’s nomination. Watching the two on the campaign trail inspired her to watch political documentaries, featuring figures like John F. Kennedy, Martin Luther King, Jr. and Bobby Kennedy.

In a statement released with the song, Nicks said, “One night I had a dream. A dream that was so real that I was pretty sure it had happened. It was a cinematic story. It had a beginning, a middle and an end. Every detail, every color, every smile was there. I started writing the story the moment my eyes opened. I wrote the poem the next day, and the music the day after that. I never recorded it until now. I felt that this was its time, its reason. I understood what it meant then and what it means now. Please God, show them the way. Please God, on this day. Spirits all, give them the strength. Peace can come if you really want it. I think we’re just in time to save it.”

The music video was directed by Cameron Crowe (Almost Famous, Jerry Maguire, Say Anything) and features photos of political figures, interspersed with shots of Nicks.

While it’s not exactly a groundbreaking track, especially when it seems like everyone and their mother is releasing a political anthem right now, it’s undeniably exciting to have a brand new Stevie Nicks song. 43 years later and we’re still worshipping at the altar of Stevie. Not many artists can say the same.

Check out “Show Them The Way” here!