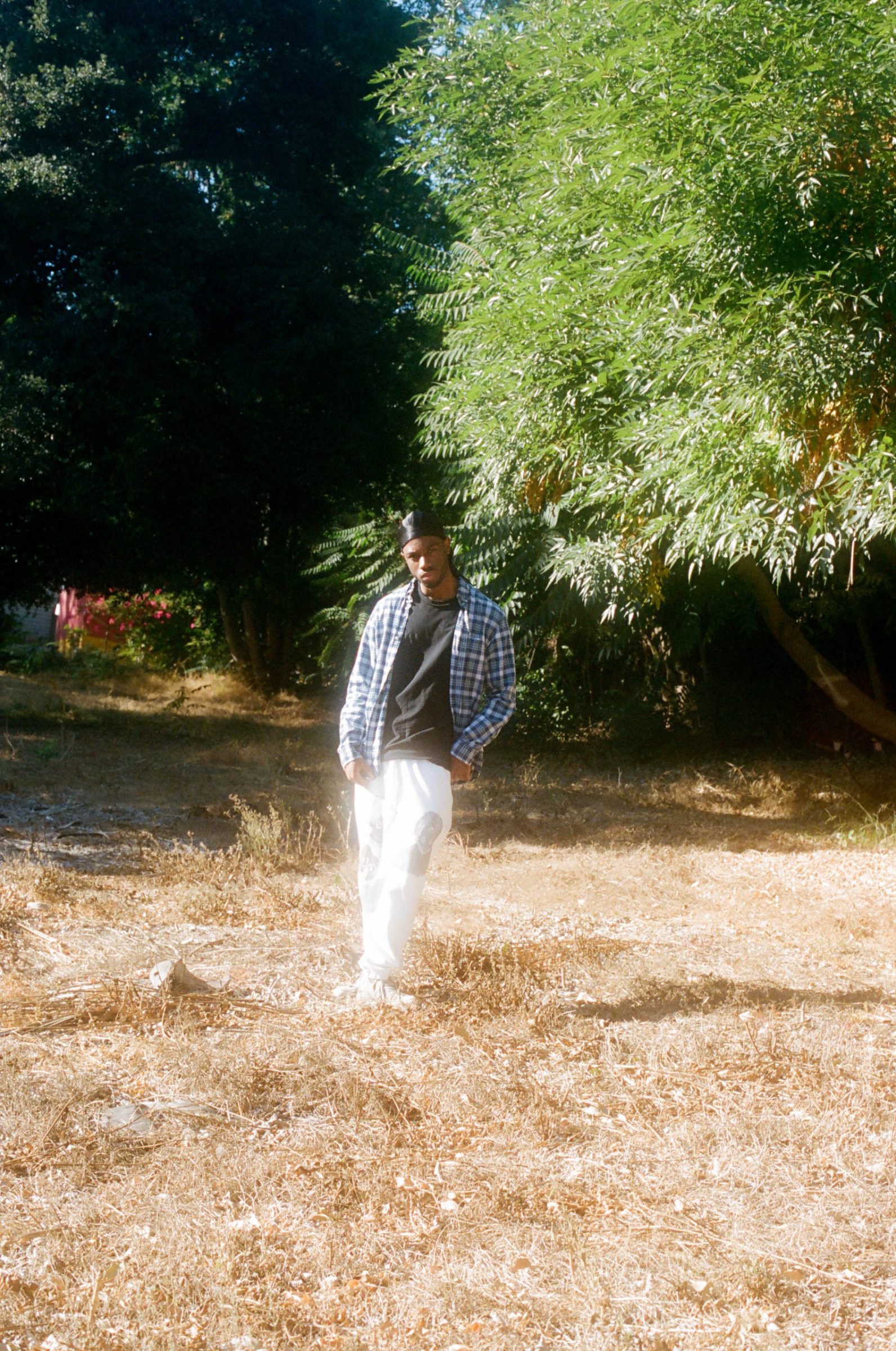 The music of NAJ serves as a sort of audial autobiography.  His deeply personal R&B is inspired by the likes of Brent Faiyaz, Frank Ocean, and Lauryn Hill.  The 22-year-old singer/rapper/songwriter creates beautiful music with a passionate heart, but embodies the career foresight of an experienced vet.

Growing up, his father, a church pastor, sang throughout the house regularly.  This infectious behavior bonded his kids, as NAJ and his siblings enjoyed singing in the church choir, playing piano, and writing their own songs.  As he grew older, music continued to find a way into his life.

“In middle school you either had to be in an art class or take up an instrument and I can’t draw for sh*t so I played upright bass.”

He would rap with friends after school and started making beats with his best friend during his freshman year of high school.  But it wasn’t until four years later – his freshman year of college – that he started to get serious about his music.  In late 2016, NAJ wrote, recorded, and mixed his first official track.  The Pomona, CA singer released his debut EP Lost World on Soundcloud a mere four months later.

“I wonder if she knows its about her”

“We didn’t put too much thought into it because it was so organic the way it all came about.”

Lost World shows NAJ’s full arsenal on the mic, ranging from somber rap verses to crooning love songs.  The production is dreamy and ethereal, allowing the listener to quite literally get lost in the world NAJ creates.  He followed up with 2018’s MARIA, a deeply intimate, sensual project dissecting all the different emotions and stages of love.  His vocals float beautifully over tastes of groovy bass, sweet piano, and jazzy saxophone.

His top songs “Angela Dust,” “Merlot Love,” and “DREAM” each have garnered over fifteen-thousand streams on Soundcloud to date with little to no promotion on social media.  Rather than continue to ride this wave, NAJ took a step back after releasing MARIA.  Two years later, he’s back with two new singles, “Come Over, My Love” and “Work of Art.”

Come Over, My Love.. New shit dropping this Thursday, 9 pm

“I was here working.  I’ve had songs that are good that people liked that I could have dropped but it just wasn’t the time.  I probably listened to [“Come Over, My Love”] 200 times before I dropped it.”

In an era where most up and coming artists are so eager to flood the scene with their music, NAJ has committed to a quality over quantity approach.  The production and mixing on his songs is miles beyond what you would expect to hear from such a young artist, and it’s clear that NAJ won’t put out a song unless he thinks it’s perfect.

“Nowadays there’s a lot of microwave music out there.  I want people to hear my work and have it live with them for some time like Blonde or Ctrl.”

NAJ creates intimate vibes that he knows other people can relate to.  More often than not, however, his music is therapy for himself.

They don’t see us til it’s bloodshed

“Half of my stuff is freestyles.  It’s the flow of energy and emotion and all that.  Before making [a song], I don’t really know how I feel.  It helps me figure that out.”

His music traverses between relatable themes of love, loss, hope, doubt, and wonder.  Though the emotions may come together in a spur of the moment, his precise timing allows him to successfully convey that vibe to the listener and make them feel like they were a part of that moment with him.  One of his latest singles, “Work of Art,” is his favorite track that he’s released to date.

“When I really like a song, ima bump it in my car all the way back home.  Everytime I listen to [“Work of Art”], it’s like the first time… It’s almost like it’s not me [singing].”

It’s rare to come across a young artist with such natural talent be so humble about it, almost as if his own abilities surprise him.  From the first listen to one of his tracks, you can tell that NAJ has an innate ability to make the listener feel something.  He puts so much raw emotion and genuine passion into his songs that it becomes easy to connect with it.  Some of his fans have been craving new music for the past two years, and it’s easy to see why – NAJ’s therapy for himself ultimately becomes therapy for others as well.

Forgot to tell Twitter in dropping two songs tonight, all platforms. Pull up

“Come Over, My Love” and the song in this vid “Work of Art”

As far as what’s next for the rising artist, NAJ plans on releasing another single in November and is hoping to put out a new project sometime this winter.

“I want every song to mean something.  I don’t want to throw any filler in there.  I want it to be a full length album but if it has to be an EP, it’ll be an EP.”

There’s something exceptional to be said about an artist who puts that level of thought, time, and emotion into their work.  NAJ knows where his talent is at, and no amount of time is going to take that talent away.  At the end of the day, NAJ’s biggest fan and most trusting supporter is himself.  He’s not the type of artist willing to settle for anything.  If one thing’s for sure, this won’t be the last time you hear about NAJ.

Listen to “Come Over, My Love” and “Work of Art” on Apple Music and Spotify, and be sure to check out all of NAJ’s music on Soundcloud.  Stay connected with him on Instagram and Twitter.