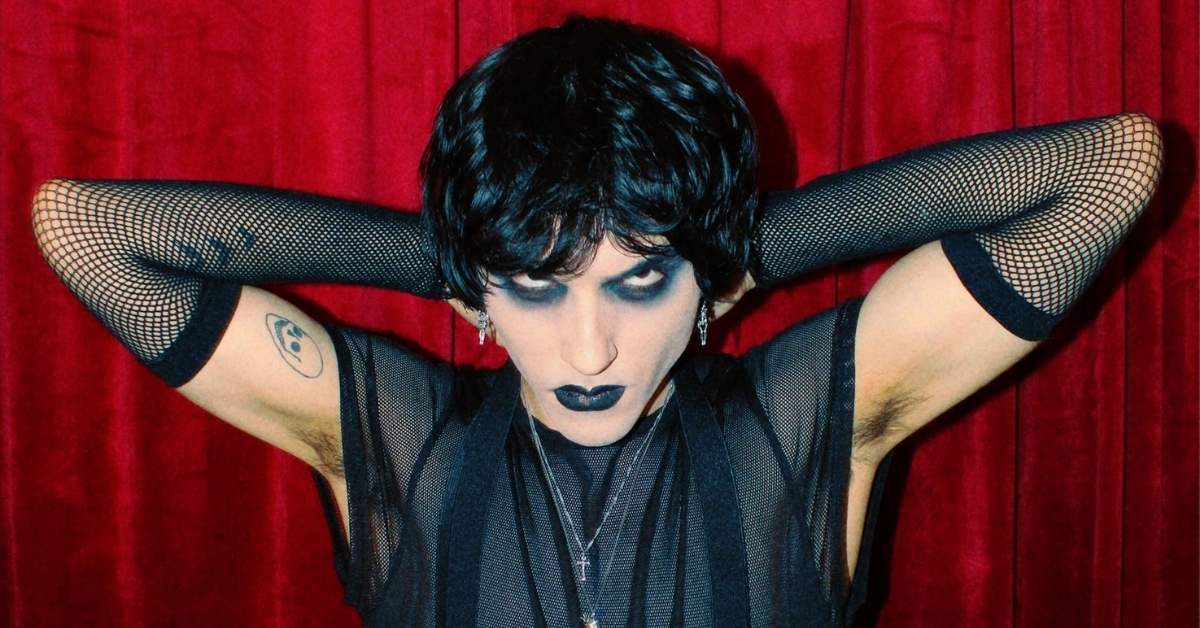 The moment I first heard Johnny Goth and his, ‘spooky…but make it fashion’ sound, I felt as if I had just walked out of the theater (remember those?) after watching the latest A24 film about how uniquely difficult it was to grow up in the 90s.

His sound can vary wildly from track to track, which is what encouraged me to peruse his entire catalog. Active since 2015, one of the few things that have stayed the same is his signature goth aesthetic which introduces himself before you ever hear a note pass through his black lips.

His song “Feels Like We’re Dying” is his most played song on Spotify, and for good reason. It’s sad and sweet and has a realistic sense of finality to it. Whenever I listen to this track, for at least the next three minutes and five seconds, I genuinely hope when it’s time to go it’ll feel something like this song.

Much like how they say “brevity is the soul of wit”, short lyrics get right to the point.

A real unexpected treat was that this song has a music video that highly compliments the track. Just in time for Halloween, this video has a real vintage look, while keeping things light-hearted (if you saw the video you know what I mean).

A fun piece of trivia is that he was actually in the Harley Quinn movie that premiered in February of this year (but feels like it was years ago). What part did he play? Well, while Johnny has a career in the stunt-double business, this time around he was asked to play something a little more involved. Enough teasing, Johnny Goth played the Joker! Granted, if you saw the “Birds of Prey” movie you know it wasn’t a speaking role. But in my heart, it still counts. This tweet proves it. It’s also on IMDB if you don’t believe me.

Ya boi played the joker in Birds Of Prey🤡 pic.twitter.com/DkMPoDNNTe

In August of this year, he released “Can’t Get You Out Of My Head” which feels like a traditional rock instrumental. But in true genre-hopping fashion, my favorite song of Johnny’s is “Hangin On” from his 2017 album October.

Looking to the immediate future, as I write this we are days away from his next single titled “Hit me Right” drops next week and I am beyond excited. Most of the Johnny Goth catalog involves death, the concept of the afterlife, a few hints of love, and a whole bunch of pain. This new record should prove to be no different. There’s a fine line an artist must walk between having an established style and becoming repetitive and predictable. And it’s safe to say no one could call Johnny predictable.

Pre-save my next single ‘Hit Me Right’ dropping next week🖤https://t.co/NxeHHcUTZR pic.twitter.com/lDt6PSZLF6