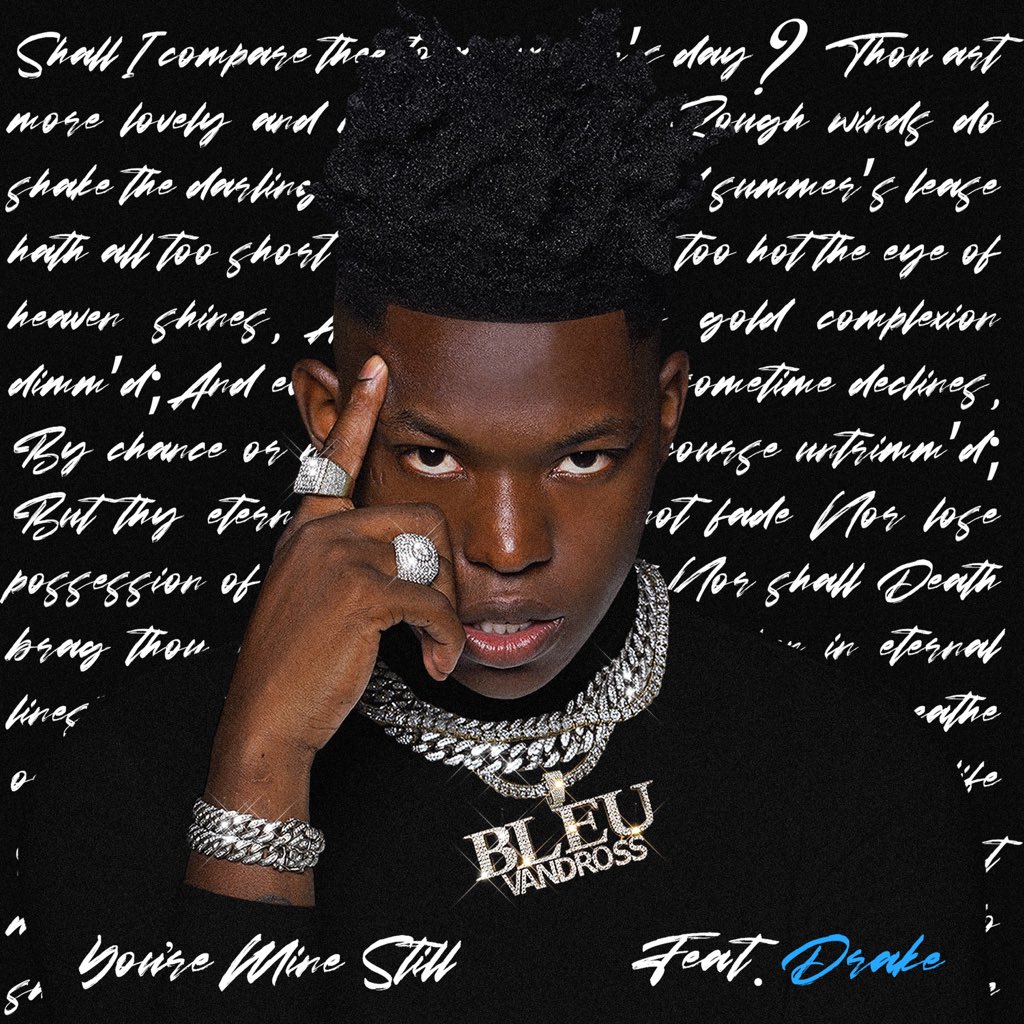 Yung Bleu has just collected the infinity stone of features from Drake on his new single!

Yung Bleu gets the feature of a lifetime, when he sent his new track, “You’re Mines Still“, to Drake during the wee hours. That following morning, Bleu faced a missed FaceTime call from the legend, that later prompted the vocal for the “You’re Still Mines” remix that Friday morning.

Now with a solidified feature from the great his new project, Love Scars: The Five Stages of Emotion is sure to find its way to his day-one listeners.

Me and Drake Going crazy ! Thank y’all for the love this one going Billboards 🙏

The new track which details the confession of being in the most toxic relationship with a guy in the world, opens up this soul-breaking project with eight tracks, to sum up the five stages of heartbreak emotions.

After blowing up back in 2017, with his breakout single “Miss It”, Bleu’s fan base has grown larger than ever. Slowly pulling out of the underground, he’s reaching a billion streams across all platforms.

The Mobile, Alabama native has plans for other collabs coming up in the near future. In an interview with Complex magazine, he talks about the optics around his new project Love Scars and explains his love for R&B through his consistency in the industry and what the future holds.

“After this song, there’s another with a big artist. But I’m keeping that in the pocket right now. I’ve been politicking with it. Talking with bigger artists, you know what I’m saying? It just hasn’t been artists of that caliber, you know. He’s one of the biggest that you can find. “

``I felt like I owed my fans more music because I took so long to drop Bleu Vandross 3. I wanted to make this album a concept album, because I had never done one before. So I was just like, “It's going to have a whole flap to it. It's going to be like a movie.”

Following the release of his latest album, Bleu Vandross 3 back in August, his new project draws in real emotion with tracks like “Regret in Your Eyes“, “Love Scars“, and “Her Fears“. His lyrics express his hopes for falling in love with someone, as they try to figure out their lover’s true intentions.

Yung Bleu has no plans of slowing up this year, as he welcomes his son into the world this October in an Instagram post captioned, “Wake up son, we rich!”  The new single is already hitting charts at number 52 on the charts, the song is sure to reach new heights with Drake’s feature.

Another milestone completed! Same day I had my baby boy ! Blessings raining down 🙏 thank u @naterhoads for producing this 🔥