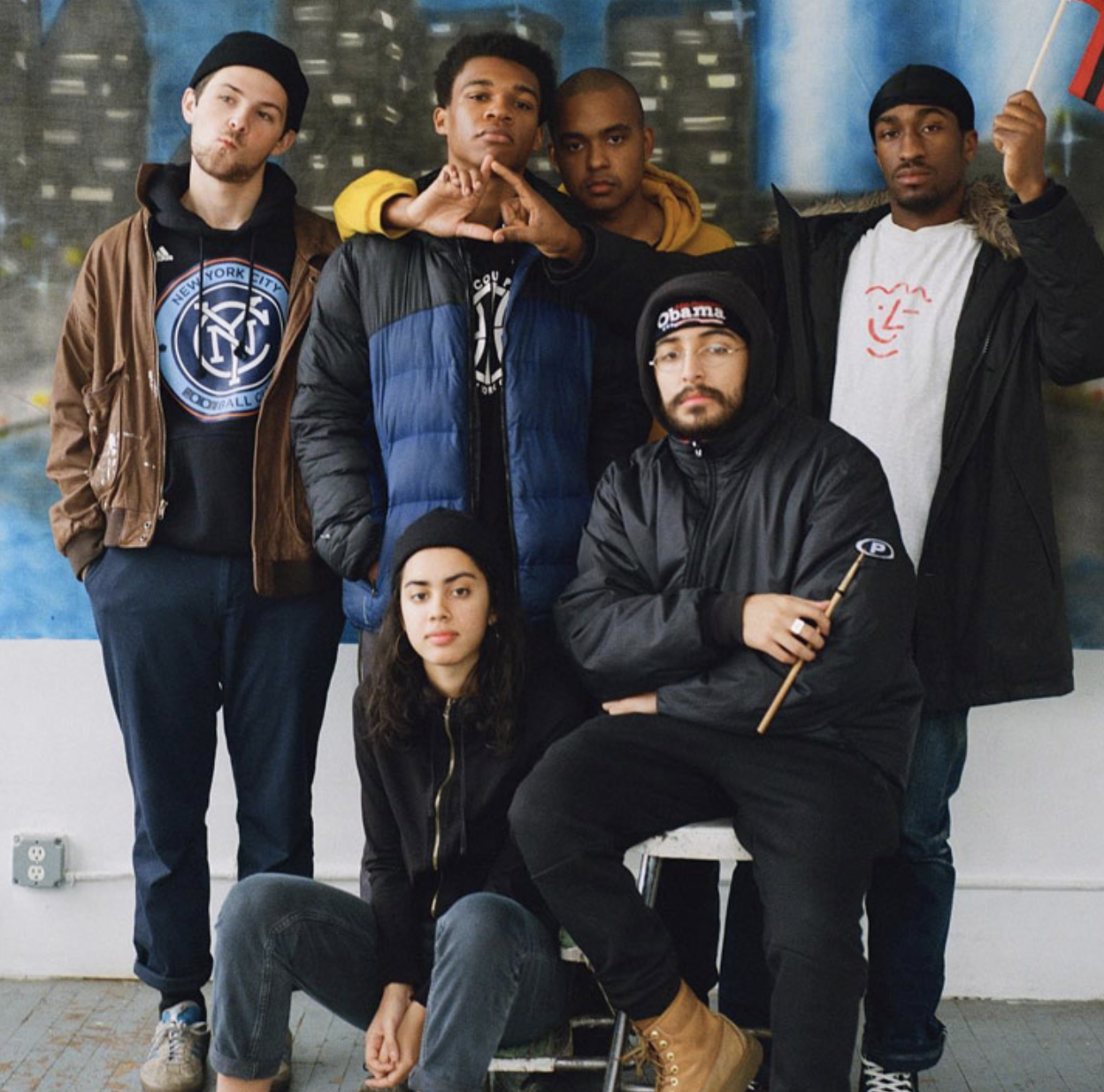 Though you may not be consciously aware, you’ve probably heard the work of Standing on the Corner.  The Brooklyn-based experimental jazz and hip-hop group has worked alongside major artists like Solange and Earl Sweatshirt, while also releasing their own immaculate audio scrapbooks of sonic experimentation.

Founded as a guitar-based live group by Gio Escobar in 2014, Standing on the Corner emerged from New York’s underground art and music scene as a genre-bending group blending different sounds and styles.  Vocally, they weave together rap verses, spoken word poetry, and emotive choruses to create thoughtful reflections on social constructs, mental health, and their connection to New York.

They released their debut album Standing on the Corner in 2016, a 15-track offering that’s a bit more structured and traditional than most of their work.  The project consists of hearty keys, jazzy drums, soulful bass, and woozy vocals that drift the listener off into a dreamlike state, floating and swirling over the bright lights of the city.

The group would offer up their second album, Red Burns, the following year.  Released as two tracks labeled “Side X” and “Side Y,” the hour-long venture blends jazz, hip-hop, soul, funk, and indie rock and features a plethora of samples, poetry, mock radio broadcasts, and distorted audio effects.  The project received critical acclaim for its uncanny ability to collage the essence of New York City.

The group quickly caught the ear of many big name artists, working closely with Earl Sweatshirt on his 2018 album Some Rap Songs with a feature on the track “Ontheway!”  They also produced several tracks on Solange’s 2019 album When I Get Home, including “S McGregor (interlude),” “Down With the Clique,” and “Nothing Without Intention (interlude)” to name a few.

Check out Standing on the Corner’s music here and be sure to keep up with them on Instagram.