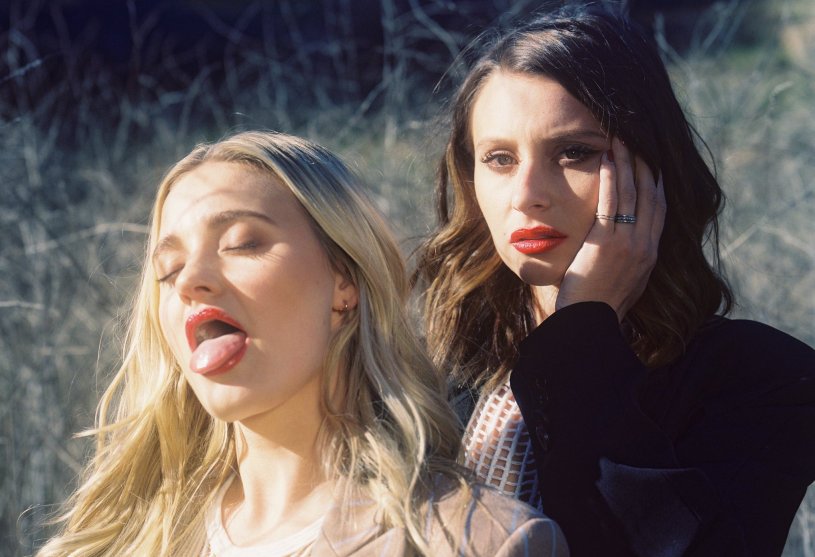 The last few years have shown us that, if there’s one thing people love, it’s a nostalgia act. What else could explain the Jonas Brothers reunion (“Sucker” was so promising) that’s quickly turned into bland Amazon documentaries and forgettable songs that tell us to chase happiness or whatever?

Alright, so I probably sound like I have a personal vendetta against the JoBros. I don’t; I just think that there are other ex-Disney acts that deserve the spotlight way more.

Aly & AJ’s first album came out in 2005 and they quickly became mainstays on Disney Channel, from Aly’s role in Phil of the Future, to Cow Belles, which starred both sisters. As all Disney kids do, they ended up leaving the channel and taking a break from music. They briefly rebranded as 78violet, but by 2017, they were back to Aly & AJ.

They released “Take Me,” an 80s throwback, complete with drum machine and synths, accompanied by a music video portraying the sisters as seductive vampires. I’ve been hooked ever since.

Aly & AJ continue to put out incredible music, from 2019’s Sanctuary EP to 2020’s “Joan of Arc on the Dance Floor.” Their songs are incredibly produced, casting off the acoustic guitar strumming from their Disney days in favor of synths and infectious beats. What remains the same is the sisters’ voices, still perfectly in harmony after all these years.

Aly & AJ have also struck a good balance between doing a full set of early-2000s hits and completely new material. At shows, they perform smash hits “Potential Breakup Song” (sometimes even twice) and “Like Woah,” but leave it at that. They’re not here to help you relive your youth – or to relive theirs (Jonas Brothers, I’m looking at you) – they’re here to show you they’re still making absolutely kickass music.

When we think of ex-Disney kids, we think Miley, we think Demi, we think Jonas Brothers. I think it’s high time we include Aly & AJ in that conversation.