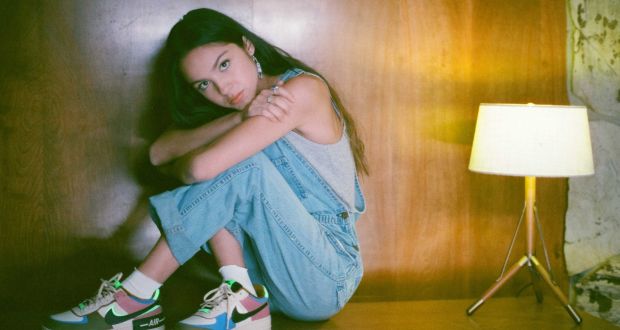 There are some things that everyone remembers with perfect clarity; whether that’s a school dance, your first kiss, or a bad break-up. A good artist knows how to capitalize on these roughly-universal moments and then create something that will resonate with the largest group of people.

Of course, you can’t predict what will or won’t become a hit, but there’s no denying Olivia Rodrigo, 2021’s next big thing, has tapped into something absolutely no one saw coming.

The Disney darling released her debut single “drivers license” earlier this month and the response has been beyond anyone’s wildest expectations. The song has hit No. 1 around the world and broke Spotify’s record for most single-day streams for a non-holiday song.

Rodrigo has been popular with the younger crowd for the last few years after stints on various Disney projects; most notably, the Disney+ series High School Musical: The Musical: The Series (say that five times fast). However, with “drivers license,” she establishes herself as a mature artist, and not just because she uses the word “fuck.”

The song’s production brings to mind Melodrama-era Lorde, with synths, dramatic piano chords and a larger-than-life bridge that sees Rodrigo practically wailing, “God, I’m so blue, know we’re through // but I still fuckin’ love you, babe.”

The lyrics are a perfect example of using specific images to touch the maximum amount of people; something Rodrigo probably picked up from Taylor Swift (the singer is self-proclaimed “swiftie”). She takes a universal experience – getting your drivers license – and spins it into a tale of heartbreak.

“When I came up with ‘drivers license,’ I was going through a heartbreak that was so confusing to me, so multifaceted,” Rodrigo said in a statement about the song. “Putting all those feelings into a song made everything seem so much simpler and clearer.”

If the public response to “drivers license” is anything to go off of, I think it’s safe to say that we’ll be hearing a lot from Rodrigo in the next few years. With a debut single this strong, there’s no telling what she’ll achieve next.