An iPhone, A microphone, A guitar, and a dream. That right there is the formula for the future of music. Don’t believe me? Then you’re living in the past. If the pandemic proves anything, it’s that the future of music is small, intimate, and certainly DIY. Now more than ever, anyone can make a hit record with just their cellphone.

No artist exemplifies this trend better than NYC indie-pop up-and-comer, Hannah Jadagu. Out of Mesquite, TX, forged in the fires of the great talent incubator that is New York University, Hannah consistently proves that great music doesn’t need to be complicated. 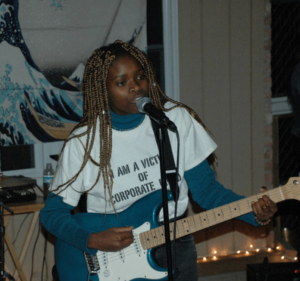 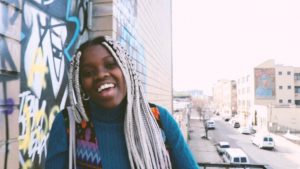 A DIY machine, armed with nothing but her iPhone, a few instruments, and a truckload of talent, Hannah is back with her newest single “Think Too Much”. Her first record on SubPop, this uptempo gem is the definition of the word BOP.

Where do I even begin here? Everything about this track, from the infectious drums to the aetherial yet poppy melodies perfectly captures everything indie music is about.

The first guitar riff feels timeless, like something straight out of a Beatles record. It’s instant ear candy. The percussion track that follows feels muffled and distant as if signaling that we are just getting started. My favorite part of the intro has to be that if you listen hard enough, you can just hear the clangs of cowbells, and everyone knows that more cowbell is always better. 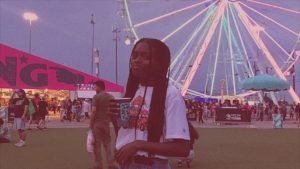 Then the melody enters, and oh boy what an entrance is. This melody is more than a 10/10, it’s so catchy and timeless that I’m almost angry that no one has ever written it before. If you don’t believe me, turn on this track right now, I dare you. 18 seconds in you’ll be hooked, and there aren’t even words yet.

The intro seamlessly transitions into the first verse, as we are all treated to Hannah’s piercing yet chill vocal tone. The production here is simple, as it should be, highlighting the smooth vocal and the same addicting guitar riff. The first verse is also peppered with cutesy echos and vocal harmonies that perfectly compliment this chill, upbeat and introspective vibe.

There is no way you can tell that an iPhone made this.  The lyrics feel conversational as if Hannah is just talking with some friends about how she was “Stuck in the past up until I turned 18 Started thinking I failed, and that I was lazy”. This story feels infinitely universal, especially to younger generations, as we go through those moments where we think that we’ve peaked or that there is nowhere to go. 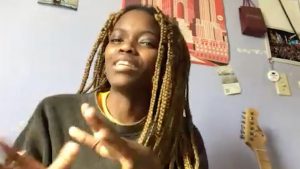 The chorus feels astronomically fun, bringing back the original melody from the intro, just this time accompanied by the lyrics “Think too Much, tt’s All in Your Head”. This chorus feels like a throwback to music’s golden age, simple, conversational, and addicting as all hell.

The second verse combines the up-tempo energy of the chorus with the vocal layering and echoes of the first verse, which really drives this song forward. The lyrics are almost jarringly honest, with lines like “I’m so scared to be 23.Education, and relations, oh, and morality”, It’s almost as if Hannah is writing the song mid-performance, like beautifully conversational improvisation. So much of modern music relies on tricks and metaphors, Hannah doesn’t need any of that. The conversational nature of this tune is pumped up to 11, as Hannah reenacts a real-time conversation with the outside world.

The bridge turns up the pop and maximizes the energy, juxtaposing choral “aas” and “oos” with sassy spoken word iterations of the main hook, almost as if there are two conversations happening at once, which matches the song’s themes perfectly. Pulsating synths in the background are reminiscent of the 80s in the best way possible.

The outro takes out all the background noise, and puts Hannah’s vocals on full display, zeroing on the introspective and fading harmonies in a way that just makes you stop and think, and isn’t that the point of music? 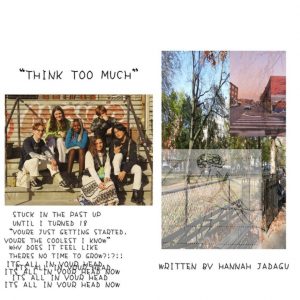 The music video feels low budget in the best way possible, depicting Hannah and her friends galavanting around NYC, just having fun, a good-looking group if I do say so myself. Credit to Hannah herself and Cameron Livesey for the direction.

This song is catchy, fun, unforgettable, and timeless. The combination of honest lyrics and poppy melodies reminds us all that sometimes it’s ok to think too much, a universal story that everyone has lived and continues to live day after day.

I’ve said it once and I’ll say it a thousand times, Hannah Jadagu is a genius. From her bedroom pop production that proves that all you need is an iPhone and some know-how, to her charming indie vocals and personality, if you’re not listening to Hannah Jadagu and “Think Too Much”, you’re behind the curb. I know for a fact that I didn’t have to think too much about whether I loved this record, in fact, I didn’t have to think at all. With an EP coming out later this spring, Hannah is quickly taking the music world by storm, and I for one, am thrilled to be along for the ride. 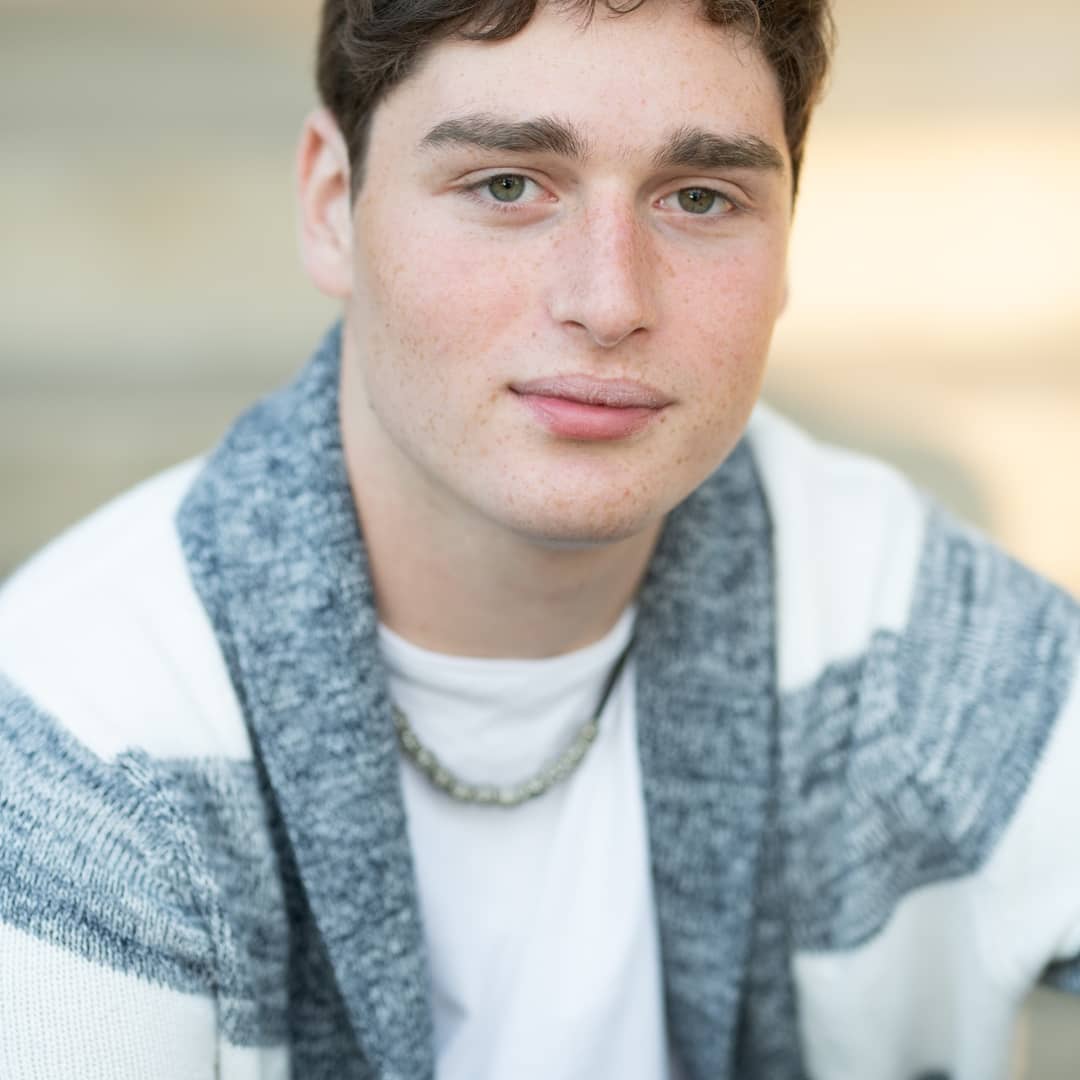