Throughout previous Run The Jewels records, El-P and Killer Mike have never shied away from being direct in their demands for systematic change. Each successive record since their debut has arguably become more and more politically urgent, but what is special about this duo’s approach to protest music is not merely the fact it exists. Every idea concerning racial injustice on an RTJ record is sure to come in many forms: sometimes there is lament for fallen brothers, other times there exists hastily wrought calls to action… there’s Killer Mike’s unabashed pride for being black, and there’s El-P’s broader observations of a system that has historically been unfair. The two work best though when these various sentiments are expressed within individual tracks, bubbling and evolving throughout as to bring the listener completely into the world these two create where they can pull-back and then forcibly push forward. The self-proclaimed “yankee and the brave” have their own places within this RTJ dynamic that they have built for themselves, and adhering to that give-and-take structure allows the ebbs and flows in El-P’s layered beat-making to have purpose and meaning at each peak and trough.

The 4th installment of this unlikely collaboration, RTJ4, is also the most urgent, which is fitting given the time in which it has been released to the public. Throughout this past week, protests have swept the nation over the killing of George Floyd at the hands of police using excessive force, who have drastically abused the powers entrusted in them as law enforcers. Sadly this is nothing new in America’s history with race relations, a history rooted in instilling fear and hopelessness into the psyches of people-of-color, with ruthless abandonment of fair practice and regard for individual life. In response, Run The Jewels decided to move up the release date of their album, originally slated for June 5th, sensing the urgency of the moment at hand.

Becoming an unexpected leader of a burgeoning revolution in addressing issues of police brutality and the demands for change, Ex-NBA player Stephen Jackson (whose close friendship with George Floyd helped thrust him in that position) said something simple, but profound in reflecting on his “twin”‘s murder. He stated to the media, “How can you tell people to stop doing what they’re doing when all you have to do is have common sense? Common sense ain’t common.” Such a statement as this speaks to the inevitability of change being stagnant, of injustice persisting far beyond these current times we live in. And given that, what is considered radical in terms of fighting against such a system, begins to seem necessary.

And that is the truth of which Run The Jewels confront on their new record. The album opens with the voice of a T.V. narrator proclaiming, “This week on Yankee and the brave,” as if every loaded allusion or reality that comes next is just another installment of a centuries long program. On the opening track, “yankee and the brave (ep.4), the aggression is at its highest levels ever on an RTJ record. Killer Mike’s first verse paints a picture of black pride, developing into a comparison of himself to Osama Bin Laden, which is apt given the sentiment portrayed of those in power being “actors” in this conversation of race, who claim to support everyone but ultimately treat strong-voiced people of color just like terrorists. The chemistry is unmatched when Mike alludes to a fantasy shootout with police that could end in two ways: Mike firing back and escaping, or him killing himself by putting one “between my eyes.” El-P plays the getaway driver, convincing Mike to shoot back in defense and run with lines such as, “You try to fuck with my brother, you get the bastard surprise And that’s more honest than your whole life in a fraction of time.” The fact that El-P is able to weave serious truths like this together in such a breezy, darkly comic way is masterful. Taken altogether, the track functions as a dark commentary on how no matter which path Mike chooses, it is not his decision to die, but instead that of the law enforcement officers whose tactics clearly show intent to kill.

Never has the “Bonnie & Clyde” nature of this partnership been more vivid in detail than on this opener. Generations worth of knowledge is dropped in two and a half minutes without feeling over-bloated or shortsighted. And the distorted, stripped down, but actively shifting production creates a framework in which each alternating verse is complemented by a heightening of stakes, creating an unnerving energy building upon itself. In many ways, these instrumentals are some of El-P’s most effective yet. They feel like modern takes on the beat-making of Hip-Hop’s golden-age, simple and full of chops that abrasively flip in and out, but still heightened to levels that feel modern and vital in order to match the urgency of these two MC’s.

The instrumental that most fits this description is that of the third track, “out of sight.” Trunk-rattling, abrasive, and full of Dj scratches, this song feels likes a mixture of Public Enemy and the Clipse-era Neptunes. On his first verse, Mike even references the 1987 Public Enemy song “Miuzi Weighs a Ton,” from their debut album Yo! Bum Rush the Show. Allusions of the late ’80’s make sense given that the influx of cocaine is the main focus on this track. El-P’s “history lesson” of sorts references how cocaine used to be shipped in on military planes to be distributed amongst inner-city communities. Killer Mike and guest 2Chainz do well to paint the picture of just how rampant dealing cocaine became, with lines such as “Coke dealin’ babies, never regulating, bag accumulating, It would not be overstating to say they are underrating,” which allude to the desires of the powers that be to keep drugs circulating in these communities, to the point where being around the drug is marked in the origin of impoverished black locales.

Like this track, much of the album harps on the tendencies of the government, mass media, and law enforcement to divide inner-city communities, which couldn’t be more true in how bodies of power have dealt with the aftermath of Floyd’s death. The mass media has seemingly been more keen on labeling all riots as the product of violent looters, focusing on edited clips of stores being robbed or fires setting ablaze. The president himself has justified military intervention with phrases such as, “when the looting starts, the shooting starts,” which give a pass to how overwrought symbols of force, as opposed to understanding and real conversation, add fuel to the fire. Social media has acted as the great equalizer in exposing the heinous actions of military personnel and law enforcement in their responses to various protests and riots, forcing mainstream media outlets to expose malpractice, but general sentiment among many of those in office or on our TV screens has ultimately concluded that the simple act of rioting is dangerous and unnecessary, instead of actually asking those involved why they are so outraged. Mike and El-P though have a platform to address that outrage and the years of injustice, overt or covert, that fuel it.

“goonies vs. E.T.” finds Mike and El trading verses seamlessly on topics including authenticity and woke culture. El compares life to Live Action Roleplaying (LARP), making it clear how there are never ending opportunities to play other characters, but only “one-chance” to play your own self. Mike proceeds to dive into specifics by describing how the many people who claim they are woke really are not and in their own ways just playing characters themselves, as they would not truly stand behind any real revolution, instead opting for outlets like Twitter to “prove” their commitment to certain causes. A track with such a message as this is apt in light of the recent “Blackout Tuesday,” in which individuals across social media posted black boxes as a symbol of support for the recent protests taking place. While surely there are individuals who took place in this that understand the deeper issues at hand and would be willing to go to the streets or take drastic action in support of changing the culture, many simply saw this as a trend to hop on, in a way excusing them from any further action beyond just one post. On an album full of directness and unfiltered specificity, this song may be the most existential, but for an RTJ record, that doesn’t mean these two don’t cut to the chase.

The next track, “walking in the snow,” finds both MC’s speaking directly on police brutality, a sentiment eerily deft given the recent murder of George Floyd. El-P compares the U.S. to other regimes in which mass killing is commonplace, while Mike dives deep into the desensitization experienced by many as police killings of black men and women compile. Such sentiments make Gangsta Boo‘s contribution to the hook, “Just got done walkin’ in the snow, Goddamn, that motherfucker cold,” all the more powerful given the chilly portrait painted of Americans growing ever more apathetic.

The latter-half of the album finds the two pondering heavily on economics and the power of temptation. On “pulling the pin” and “a few words for the firing squad (radiation),” Mike addresses the fact that in many cases, those who are the most principled tend to have the least power, making them vulnerable and open to being taken advantage of. Such begs him to ask the question, “how long must the holy hold onto they principles?”, on the former track. The message is that those who call the shots often do not abide by morality, instead opting for profit and power over justice and fairness.

There exists much more to unpack on a record so jam-packed with complex politics and self-reflection, that it would take full essays to uncover every single juncture within. Yet, the approach that Killer Mike and El-P employ on this record is novel and may very well deserve that level of attention going forward. This record exists in the same framework that helped form classics such as Fear of a Black Planet just over 30 years ago. And given the time period in which this momentous collection of songs has been released, the impact of its existence may be felt for years to come. It is sad to think how, as this record makes clear and then some, not much has changed since Hip-Hop’s golden age in terms of the dynamics of the powers that be and the systems of injustice that exist in society, but works like this at least attempt to inform and educate for those who choose to listen.

Listen to RTJ4 now on all streaming platforms 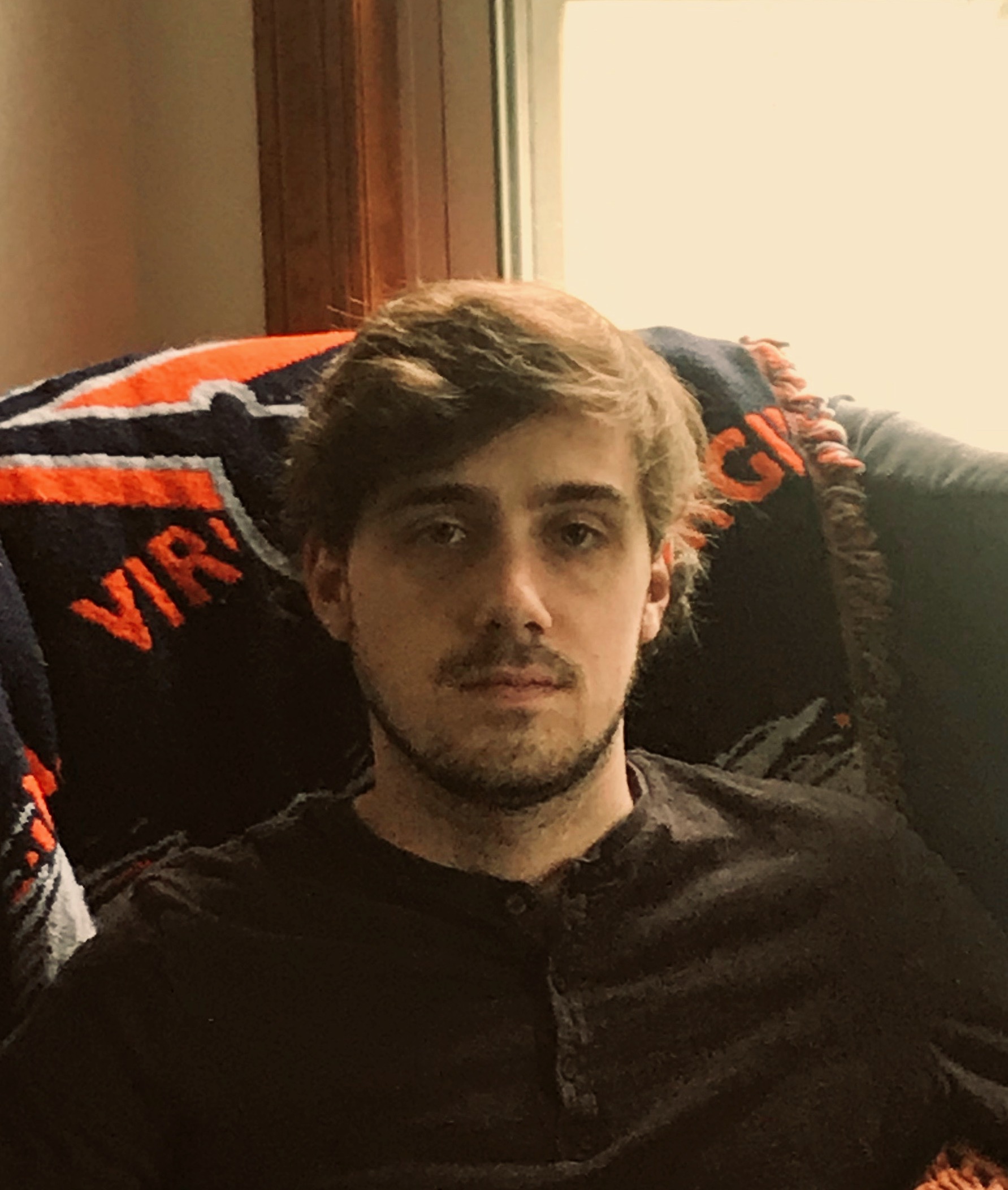