Vince and The Art Of Experimentation and Comparison

Vince Staples is an enigma. No album sounds the same from one to the next. Experimentation has become his bread and butter since his inception. Our ears tune in for an unrecognizable soundscape narrated by a familiar voice. On FM, the production was sunny, crafted for the midsummer drive to the next function. Big Fish Theory featured elements of house music and Detroit techno. Summertime ’06 was grimy, well-crafted storytelling that retold every thought, emotion, experience that went down in 2006. Each project offers something new in both concepts and production. Each album gained widespread acclaim from critics and fans alike.

But what happens when the latest creative journey is nothing but wind turbines and cornfields? When that guaranteed 30-minute joyride becomes introspective and bare? Vince Staples’ latest self-titled album, there’s a disconnect between fans who loved it and fans/reviewers who didn’t. Vince has always talked about really dark, violent topics from his childhood. This minimal aesthetic project, tied in with its burnt-out delivery was shocking to hear at first. The Long Beach rapper is the last person you’d expect to sound so somber. Always having the last word, wrapping tangible advice inside observation with humor.

But it won’t stop the critics from yearning for something more. Something edgier and different from other acts. To emphasize that point, some have been comparing this album to Tyler, The Creator Call Me If You Get Lost, and his overall growth as an artist. Never mind these are two different artists, who had two separate life experiences in LA. Tyler has quickly become the industry standard due to his past three albums. For him to go from “Yonkers” to “Sweet” is a testament to his growth.

The music industry has become a “what have you done for me lately?” landscape. While Vince has provided well-received projects, they never did cross over to mainstream music. Vince has never charted in the Hot 100 or had an album that’s cracked the top 15 on the Billboard 200. An artist as praised as Vince, to never reach those heights feels criminal. It’s why Saint JHN’s acknowledged Vince’s artistry, stressing that no one cares about his music. While I disagree with the sentiment, Vince stated he used that message to find that balance.

His answer wasn’t to make viewers reminisce of the feeling of love had and lost, which is the wave now. Vince is sad, reflecting deeper into the demons he carries. But to say he doesn’t want to rap anymore, to compare his album to Tyler is, for lack of a better term, nuts. Vince already delivered a concept album in FM and gave us an “Avant-garde” style hip hop album, Big Fish Theory.

Not every album has to be a melting pot of creative ideas. There is a place for ten songs flowing smoothly once put together. That burden to create new worlds, seeking out far-reaching sounds is gone. Vince’s latest release is sad gangsta music, not a retirement album. This is experimentation fitted for its test subject, not a sign of someone who folded. 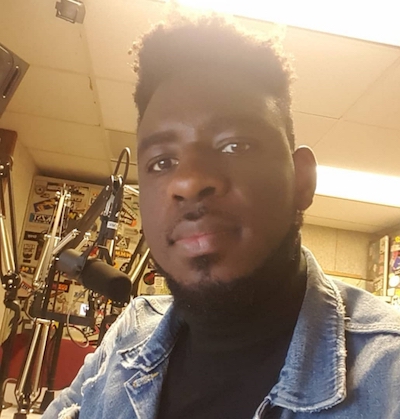